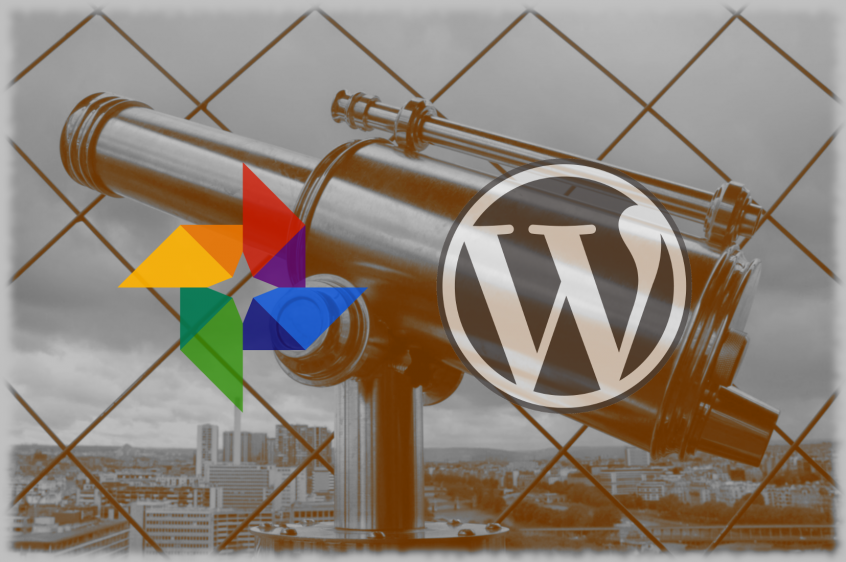 The solution below will stop working in 2019!

In January 2019, Google will turn off the Picasaweb API which means that the RSSerator will stop working completely.

Update Oct 2018: The Google Photos API has been fully released

Google has finally fully released the API for accessing Google Photos through other applications such as WordPress. Developers can now build serious integration plugins. I recommend Photonic which integrates with other photo services as well.

Google Photos is great and getting better with every update. I have been using Picasa and Picasaweb for ages but after Google decided to kill it in favor of its new Photos platform, I have completely embraced Google Photos. However, there * is only one thing that I currently miss dearly in the standard functionality of Photos: Integrating Google Photos and Wordpress.

Last year I wrote a post on Justified Image Grid plugin (JIG) that renders beautiful galleries in WordPress from many different sources, including RSS feeds. Another excellent plugin that can do this as well is The Grid (included for free in the versatile, best-selling X Theme for WordPress). Google Photos and Picasa albums can be integrated in WordPress using JIG or The Grid and the old Picasa RSS feed.

Below is just a small example of getting some Google Photos in a WordPress post, but please read my post on how get Google Photos on your WordPress site for more options, or head over to the demo pages of The Grid and JIG to discover their endless options and settings.

Here is the JIG shortcode I used for this example:

The Picasa RSS feed used to be generated by some workarounds and tricks, but Google is playing hide and seek with this functionality. First they shut down Picasaweb, then they remove the option from Google+ to open albums and finally somewhere mid-September 2016 Google has removed most other options as well.

Completely? No, not completely… 🙂

And you can use it too, absolutely free!

I call it the Google Photos RSSerator. The RSSerator generates the feeds for each of your public and private albums, once you login with your Google account.  And when you’re done, just log out again. No passwords or data will be stored on my server, I promise. For you techies out there: the Google session is authenticated in the browser, not on my server.

Try it for yourself and let me know how it goes in the comments section below.

And don’t forget to buy a copy of the excellent Justified Image Grid for WordPress or The Grid to embed your albums in WordPress, or buy one of the other great premium WordPress plugins at CodeCanyon or premium WordPress themes at Themeforest.

*You may be wondering, what was the other feature that I used to miss? I wanted to be able to permanently sort an album, for example “newest first”. Google fixed that in the beginning of September 2016!